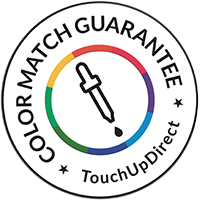 All colors guaranteed to match

All of our colors come right out of the manufacturer's books. Under our Color Match Guarantee, we make sure that the color provided to you is a match for the one on your vehicle. Learn More → 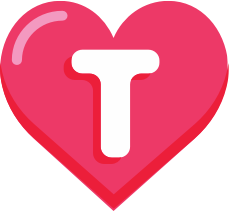 Protect Your Purchase With TUDCare

TUDCare is TouchUpDirect's 12 month, one-time, same color replacement warranty. TUDCare comes free with the purchase of any of our Platinum Kits. If you lose your applicator for any reason, we will send you an entire replacement kit for free. That way, if your dog steals your applicator for his hoard, you'll be covered. Learn More →

What tools do I need for a Subaru touch up paint job?

To create the best looking coat for your vehicle, we recommend the following:

PRIMER, COLOR, AND CLEARCOAT - It goes without saying that you need paint to do a touch up paint job. Clearcoat provides a thin protective layer for your paint job while Primer is required for damage that has reached the original base material.

SANDPAPER - Wet-sanding the affected area removes rust and prepares the surface with a rough finish so the paint can stick better.

POLISHING COMPOUND - The polishing compound smooths everything out with a factory-grade finish.

These tools are all available with our Platinum kit but can be purchased separately on the TouchUpDirect website.


How to apply Subaru touch up paint?

Looking for help with painting your Subaru ? We have an entire library of instructions and how-to videos designed to walk you through the process.

To ensure a perfect color match for your Subaru, simply locate your paint color code. On all Subaru models, the paint color code can be found on the strut towers or on the passenger side door edge or door jamb. There should be a sticker with a barcode and your VIN number. Subaru paint codes are typically tree digits long and contain both letters and numbers. Subaru Paint Code Examples: 37J, G1U

Our Most Popular Subaru Touch Up Paint Colors

Mfr. Color Code: 02C
How It Works
What is
going on?
We get it. It’s not always ideal to be shopping for touch up paint. But we’re here to help make the process easy, from ordering to application.
Color Match
Guarantee
With our Color Match Guarantee you can be confident that when you have your color, it will match your car.
We guarantee it.
Products
That Work
You need the product to get the job done right and we’ve got it.
Delivered to
Your Door Quickly
Our order process is quick and our shipping fast. Sit back and know that in no time you’ll have your pride and joy looking great again!

Subaru is a Japanese auto manufacturer operating under the parent company Fuji Heavy Industries. The name chosen to represent the automotive division of the conglomerate, Subaru, is meaningful for many reasons. Subaru is the Japanese name for the M45 star cluster in the Pleiades. This group of stars is referred to as The Seven Sisters. The interesting part is that one of them is reportedly said to be invisible, which explains the six stars in the Subaru logo. Coincidentally, the logo also represents the six companies that unites to create the Fuji group.

Keeping in line with the theme, Subaru began as an aircraft research laboratory. Their move into the vehicle industry came as they used aircraft spare parts to build scooters, the Fuji Rabbit. The CEO quickly decided to focus the production to car making. Subaru employed many inventions they acquired in their aeronautical division and they offered them as a standard on their cars. This can be said as much as their famous horizontally opposed boxer engines. Subaru can also be credited by the standard use of the all-wheel drive technology in the vast majority of their lineup. This fact and the Subaru Impreza made the brand a large favorite for the rally car category.

In recent times, the company uses its development powers for environmental protection. They reorganized their Indiana plant in a way to attain the status of a zero landfill factory. Subaru also developed a program to recycle their end-of-life cars which is  made possible due to the fact that most of the parts used to make the cars are recyclable. They also further their research to provide fuel efficient, low emission cars as much as possible.