How To Pick the Best Hondas Civic for Tuning and Modding

Looking at Honda Civic years and models with top performance

The Honda Civic has become the most iconic choice for a whole generation of car tuners and modifiers. With decades of models dating back to 1973, there are so many different engines, transmissions and body varieties, it is a playground for DIY car enthusiasts. It’s even earned the Civic a place in automotive lore by being featured in the first movie of the Fast and the Furious franchise.

Known for their reliability, it’s easy to pick up a Civic and spend all your modifying budget on actual mods, not having to spend money on fixing functional problems.

While some models offer showy performance features, for most modders the main appeal of choosing a Civic is its low cost reliability and variety of options. A wide variety of aftermarket body kits, wheels and performance tires make it a rewarding project.

Reasons why Civics are so beloved for turning:

No matter what Civic you choose, you are getting a quality car, but if you’re interested in maximising performance, there are some models that are better than others. When picking out which specific Civic is the best for performance tuning and modding, it’s easiest to choose based on generation.

With the release of the 4th Generation, Hondas began to catch on in a big way with tuners with the addition of double wishbone suspension technology adopted from Honda’s F-1 racing program. This technology improved handling significantly. Another boost to Civics of this time was the addition of four wheel disc brakes.

Honda is known for their engines. In addition to cars, they make very fine engines for generators, lawn mowers, pressure washers, and go karts. Some people even say Honda doesn’t make cars, they really just make engines and fancy containers for those engines to go in. This is an exaggeration of course, but in the 5th generation of the Civic, Honda’s engine expertise began to shine.

First, they introduced the VTEC engine to the US Civic. VTEC technology boosts horsepower without requiring a bigger engine by shifting between up to three camshaft profiles for every valve to optimize engine performance at high and low RPMs. Japan’s history of taxing cars based on engine displacement led Honda to look at ways to use engineering to get more horsepower out of smaller engines. The crowning achievement of those efforts was the VTEC.

The 5th generation of Civic also introduced the first Civic chassis that welcomed bolt-in engine swaps, paving the way for people to put all sorts of different engines in their civic from CR-V to del Sol. The del Sol Civic was also introduced in the 5th generation as the first semi-convertible Civic with a removable hardtop worth checking out for an unconventional project.

The 6th generation of Civic featured a gradual move away from performance. At the start of the generation, Honda did away with the Si (Sport Injected) edition of the Civic and only offered the Civic in four door format. Eventually when performance fans complained, Honda eventually brought back the Si for 1999-2000.

One way enthusiasts refer to Civics from the 4-6th generations is by the first two letters of their VIN which correspond to which chassis the car has and generally give people an idea of which generation they are from.

After over a decade of focusing on making comfortable, heavier, larger Civics, Honda began to return to offer more sporty, racing friendly options. The 10th generation saw the first US release of the Type R Civic, a high performance model that had been available for over a decade overseas. It also introduced the first ever Civics with a built-in turbocharger. A Type R with a turbo and a 2.0 liter engine is able to generate 306 horsepower. The ability to buy a Civic with a OEM turbo changes the game for tuners, giving them a higher power car to start with.

Looking beyond the US Domestic market and generations of Civics, there is an entire other market of Honda Civics made for the Japanese market to be collected and customized. Generally it will cost you more to import and you need to be on the lookout for damage because Japanese imports won’t have a VIN, so they’ll be harder to track and see if they’re a clean car, but there are some real exciting options.

JDM versions of the Type R are a highly collectible Civic. Of the overseas Civics the Mugen RR Civic is one of the most rare with only 300 ever made.  Custom-tuned by Mugen Motorsports, a tuning specialist with close family ties to Honda, the Mugen RR has a more powerful engine backed by new camshafts, stiffer valve springs, a ram air intake, improved exhaust and lighter components including carbon composite front bumper and grille and an aluminum hood. Since Mugen is basically Honda’s official OEM tuning garage, if you get your hands on one of these cars, you won’t need to upgrade a thing.

What to modify on your Civic

Once you’ve decided on which Civic to modify, the next question becomes how do you modify it. Engine modifications, such as engine swaps, tuning chips to change your car’s factory computer settings and turbochargers make the biggest difference in performance, but they require the most skill. There are many other changes you can make to improve performance and visual appeal and can be done in your home garage.

Amateurs and enthusiasts can easily make any of these upgrades:

When getting started with body mods, make sure they match your original color by using Honda touch up paint that’s guaranteed to match.

The future of the Civic

Hondas renewed focus on performance has renewed interest in the Civic as a modifiable customizable car. There are rumors production of the R-Type will soon move to America. For tuning and modifying enthusiasts, Honda’s history is strong and the future is bright. 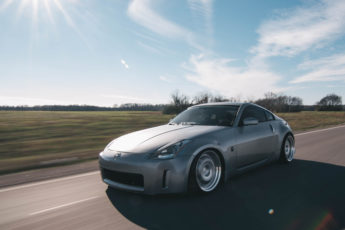 How to Protect Car Paint in The Summer 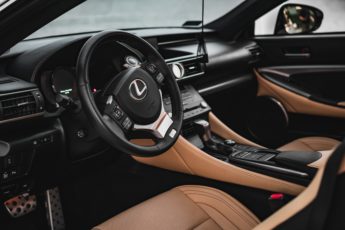 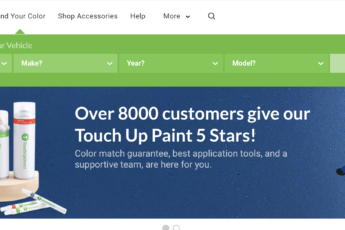