The Most Popular Chevy Corvette Colors by Generation

In the wake of World War II, a shift occurred in the American automotive industry. Technology became more innovative and overall conditions more prosperous. Many people started to look at cars as tools for leisure rather than a tool of everyday life. Seeing so many GIs bring back European sports cars, GM’s Harley Earl put in motion plans to make an American version. The result was the Chevrolet Corvette. With the overhead-valve V8 engine and sleek body, the car combined power and style. It was a car so cool that many of the original NASA astronauts chose it as their earthbound vehicle. The Corvette is an American icon in any decade, so we look to other factors to measure the public’s relationship with the car over time. Here are the most popular Chevy Corvette colors by generation, showing how color can affect consumers’ perception of these historic cars.

The first of the most popular Chevy Corvette colors by generation begins with the C1 Corvette. Upon its release, car colors were mostly limited to white. The C1 production came in a shade of white that the company later named Ermine White. It became the most commonly selected C1 color code, totaling a record of 6,895 orders.

As Chevrolet refined the model, it added three more colors to its catalog: red, black, and blue. But Ermine White was the most popular color of choice on the roads. There’s no denying that the classic Ermine White is where it all started for the Corvette.

The Chevy Corvette’s growth was slow, but as time went on, the public wasn’t able to ignore it. Once the C2 Corvette came into production, more color options proliferated. During this generation, it became apparent to consumers and the company that white wasn’t as eye-catching. So the color Nassau Blue came with the C2 Corvette, quickly becoming the most popular color, with over 12,000 orders.

Nassau Blue helped Chevrolet separate itself from the competition, and it offered a nice contrast to many other cars. The beautiful blue reminded drivers of the open skies and ocean waves. However, Ermine White wasn’t lost on consumers, as it remained the second most popular color.

The next generation of the Corvette seemed to return to its humble beginnings. As the C3 model went out on the sales floor, Classic White became the color of choice for consumers. They seemed to have an affection for the earlier days of the Corvette, ordering 43,000 Classic White Corvettes between 1968 and 1982. Other colors were available, but the dreamy white offered the average Corvette-owner a clean, straightforward look. It gave it a clean, optimistic feeling that no other car could offer.

With the next generation, Chevrolet took a step forward to upgrade the look of its Corvette. When the C4 went public, consumers’ tastes and styles had changed. The recognizable white started to seem stale and flat, sliding down to the third most popular color. The C4 introduced the incredible Bright Red, with the striking, eye-catching color highlighting the car’s features. It quickly became every Corvette-owner’s favorite color.

The jaw-dropping Bright Red offered a flashier, more intense look for the Corvette, making it look like a ball of fire driving along the road. It sold a record 60,922 orders, beating out the other popular color, Black. Bright Red stood out against other cars on the road, making it instantly recognizable.

During the latter half of the C5’s production, silver grew popular as a car color, so Chevy began offering two silver shades: Sebring Silver and Quicksilver. The variety of colors offered to consumers allowed them to choose a calmer color to sit in their driveways if they didn’t prefer red. Not to mention, silver was a sleek yet sophisticated choice to add an additional layer of luxury.

As the new millennium came around, people began seeking something sleeker and more classic. What came to be was the simple color of Black. Between 2005 and 2013, Black Corvettes amassed a total of 46,508 orders, with Victory Red coming close in second place. The sleek Black Corvette made the driver feel like part of a spy movie or a race. It looked particularly eye-catching against sunsets, appearing like a shadow racing across the road. It’s no surprise that the mysterious, dark color soon outshone the bright, bold reds.

The year 2014 introduced the seventh generation of Corvettes, the C7. In stark contrast to the previously popular Black, Arctic White made a grand appearance. The snowy white with black accents gave off a luxurious feel and made the consumer feel glamorous no matter where they drove. Once the new vehicle made its debut, over 35,000 consumer orders came through.

Although Arctic White was the number one choice, Black was still a close second, with over 31,000 sales.

Debuting in 2018, the C8 Corvette became the most sophisticated Corvette yet, coming in many colors. Some notable choices to which Chevrolet returned included Torch Red, Arctic White, and Black. There may no longer be a Nassau Blue or Ermine White as in the previous years, but Chevy knew what colors worked best and stuck with sleek yet simple.

It’s no surprise that Chevy Corvettes went through different phases to find the right colors for the public. Grabbing people’s interest took a few generations, but once Chevy found its footing, the Corvette became a mainstay in the pantheon of American automotive legends. The roads would feel empty without this historic icon traveling alongside other vehicles.

Owning a Chevy Corvette is like owning a piece of American history. It may have been around for less than a century, but it has affected the automotive industry as a whole. If you’re looking for touch up paint for your C4 Corvette, we’ll take care of you at TouchUpDirect. You can find the color you’re looking for in our online color database using your Corvette color code. 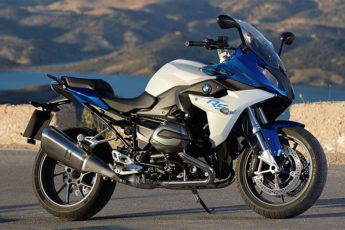 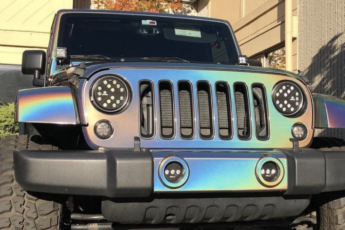 Color Inspirations for your Jeep