Repair or Let Go? Signs To Let Go Of An Old Car 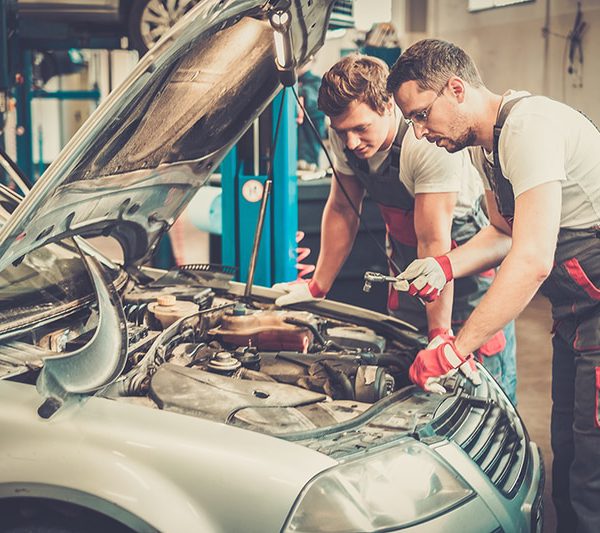 If you’ve got an American classic sitting in your garage which you’re dedicated to preserving, this article isn’t for you. But if you are like the vast majority of us: car owners whose vehicles are intended primarily for function, then hopefully this article will help you in making a decision that for many of us is a difficult one – repairing or replacing our dear automotive friend.

Many drivers place an illogical affection to their cars. After all, you’ve probably gone on a road trip in your car, or perhaps driven home your firstborn from the hospital in it. It’s ferried you to and from work and the grocery store more times than you can count and has been your steadfast mechanical companion. But as with anything that gets older, regardless of how well made or how well cared for, things eventually do wear out.

Even if you’ve taken great care of your car and have avoided big-ticket repairs associated with accidents, there are still maintenance and repair costs associated with any vehicle. As cars get older, the mechanics and machinery behind the car start so wear down and often need to be replaced. It starts small, but the longer the car is used, the more costly those repairs will become. Eventually, you could find yourself with a new issue popping up every month, which can quickly become a drain on your bank account.

While these repairs generally cost less than purchasing a new car, over the course of a year, 4-5 repairs could end up equaling the down payment on a new car. In some cases, an expensive repair could be worth more than the value of the entire car itself! It’s a tough decision to bite the bullet and say goodbye to your old friend, but like all one-sided relationships, if all you are doing is pouring time and money into it and getting nothing back, then it’s time to break up. Your car should not be a money pit – it should be a reliable companion.

If your car doesn’t start, or most importantly doesn’t stop reliably and the expense of correcting those issues is exorbitant, then that ride of yours needs to go the way of the Dodo bird. As cars age, in addition to alternators, starter motors, engines and transmissions, things like struts too wear out, which result in suspension problems. These issues can be costly not only for you but for others on the road too. Couple that with the fact that American car companies only have to stock parts for your car for ten years from its model year date, you may not only find yourself hard-pressed to locate replacement parts, but you’ll also more than likely be paying premium prices for them.

The worth of many vehicles, regardless of how well they are maintained, decreases with age (unless you have a 1970 Dodge Challenger sitting in your driveway). Like many of us, if you are still tooling around in that eighth generation Honda Civic (or similar) which you purchased back in 2005, well, then looking up its worth on Kelly Blue Book will provide you the answer as to the car’s value. Bottom line is, an economy car of that age and pedigree (no offense, Honda) probably isn’t worth the tires on it that you’ll eventually need to replace, and that unto itself is a great rule of thumb. If the cost of new tires outweighs the resale value of your car, it’s time to say, “Hasta la vista, baby.”

Do you have long commutes driving a vehicle with a naturally aspirated, eight cylinder gas burning engine? As Middle East instability increases, it also conspires to raise the cost of a barrel of crude oil, which passes additional costs on to you, the consumer. Automotive technology has evolved considerably since you last purchased that old car of yours. A new electric or hybrid vehicle may be something to consider if you’re interested in lessening the weekly blow felt at the pump, particularly given that fuel prices have risen every day since the beginning of March 2018. That, along with your older car’s crumbling efficiency at burning fuel, may itself be cause for financial concern and may make you want to start thinking about a new vehicle.

Here’s an area which it can sometimes be more cost effective to repair rather than replace. So, that car of yours is past its one hundred thousand mile mark and the engine and transmission are still running strong, but you can’t help but notice the scuffs and scratches your old pride and joy has picked up along the way (remember the one you acquired last month while shopping at the supermarket? The one that didn’t come with a note from the person responsible?) Car touch up paint is a great option forfixing up these little scratches at a very low affordable rate. There are a variety of different types of touch up paint on the market including pens, aerosols, and jars. Each is dedicated to keeping the aesthetic appearance of your vehicle pleasing while also improving the car’s overall health (a coat of paint, after all, keeps the rust away). By using touch up paint to repair the scratches on your car you may be able to restore its look to a near factory shine while avoiding the always costly full paint job or vinyl wrap.

Remember that person you were smitten by in college? The one you invited over to your dorm room/apartment (which you’d decorated with that hand-me-down futon and ramshackle bookshelf constructed of cinder blocks and pine planks) in order to watch your favorite TV show? While more than likely a slightly embarrassing situation, chances are your current digs don’t resemble that too much anymore. But what about your car? If the interior of your vehicle was already showing its age when Phoebe sang “Smelly Cat”, then you aren’t the only one to notice.

Cracks in the dashboard due to the sun? Door panels tumbling inward? Carpet so warn that you can see through the (now) rusted holes in the floorboard? Restoring the interior of a car is generally a costly and altogether time-consuming procedure. It’ll more than likely prove more cost effective to throw that old car of yours out with the bath water, in an effort to not potentially blow your next business meeting or date by pulling up to the valet in a car that looks like Mel Gibson drove it during an apocalypse.

This is a big one and one that can prove costly. Environmental emissions tests, particularly in states like California, have become much more stringent as the years gave progressed, and car makers have responded by applying ‘drive clean’ technologies to their vehicles. If your car is less than twenty-five years old (most anything twenty-five years old is exempt), it’ll need to pass these evolving emissions tests once every two years in order to receive a smog certificate in order to register. But what happens if your car doesn’t pass the smog check? What then? Legislation, which varies state by state, will require the owner to update and upgrade their car’s emissions technology in an effort to do so, and this historically proves to be an entirely expensive process. Case in point, in California there is no limit cap on what a driver must spend in order to bring their car to compliance, and while there is a CAP Car Assistance program created to assist consumers with California admissions standards (they offer up to $500.00 in free smog diagnosis and repairs) the cost may be prohibitive regardless. If you find yourself in this situation, it’s time for a new vehicle.

Do you have a squeaky clean driving record and find yourself rather confused as to why your annual insurance premiums seem to inflate year by year? Well, here’s your answer. Essentially, insurance companies encourage drivers to purchase newer vehicles which possess modern safety features by raising the cost of insuring older cars which don’t. This, combined with any potential increased repair/fuel/emissions costs, may all conspire to outweigh the cost of monthly payments and insurance for a new vehicle.

July 4th is right around the corner, and with it, the yearly deals offered by many car manufacturers. Are you ready to get rid of that 2005 Civic? Have you been eying the new Civic Type-R? Steep discounts and incentives will more than likely be bountiful during the lead-up to that long holiday weekend, and while you probably would rather spend it doing something remotely enjoyable as opposed to enduring a car salesperson’s banter, it may prove a good decision in which to partake.

Making The Decision To Let Go

Your vehicle has more than likely been your constant companion through many ups and downs, and from this relationship to that relationship. You’ve probably used it as pseudo moving van from that dorm room to your first apartment and from that second apartment to your first condo. People naturally become very attached to their cars not only because it was likely one of your first big purchases, but also because cars represent the freedom of adulthood and are also a method of self-expression. No one wants to say goodbye to an object (no matter how inanimate) when you’ve spent so many good times and have such fine memories together. But there comes a time in every vehicle’s life when it’s time to move on – when the small repairs no longer cut it, the cost is no longer worth the reward, and the safety and monetary consequences are too great. When that time comes, consider trading your car in for an incentive to help bring down the sticker price of your new vehicle and rest assured knowing that you’ve made the right decision. 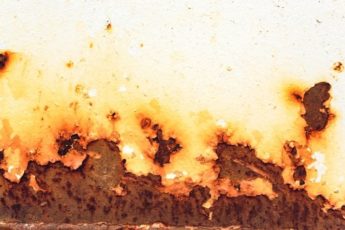 3 Types of Automotive Rusting Every Car Owner Should Know 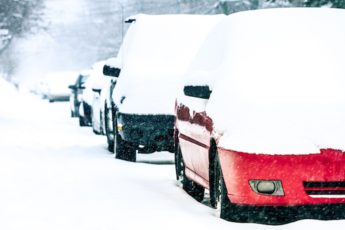 Winterizing Your Car Inside and Out 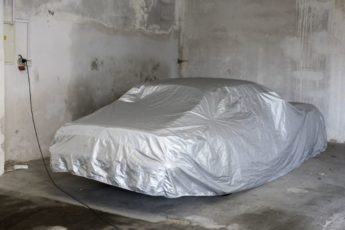 November 13, 2021
« Previous post
Steps To Bring An Old Car Back To Life
Next post »
Don’t Ignore Those Paint Scratches